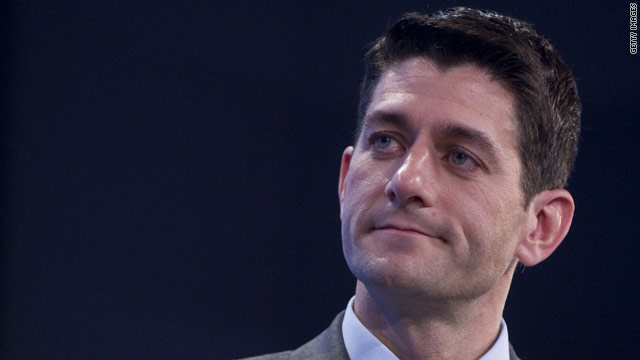 Washington (CNN) - Despite Democratic claims their upset victory in a special election in western New York was proof of a voter backlash against the GOP plan to overhaul Medicare, House Republicans are sticking by their proposal but admitting they need to do a better job explaining it to voters.

The main target of the Democratic attacks, Budget Committee Chairman Paul Ryan, R-Wisconsin, who authored the GOP Medicare plan, conceded his proposal does give Democrats a political tool to hold up next fall.

"If you're willing to lie and demagogue Medicare and scare seniors, then yeah, they have a political weapon," Ryan told CNN.

But Ryan also said Republicans need to continue to explain how their proposal will impact Medicare. "Americans want the truth. They want facts. And so we have a year and half to get the truth out. Our budget's so clear. It doesn't change benefits for people over the age of 55 and it saves Medicare for the next generation."

Florida Republican freshman Allen West told reporters Wednesday he will continue to push for the plan in town hall meetings in his district, but said his party needs to respond more forcefully to Democratic criticisms.

"The other side has done a good job of demagoguing something when we should probably do a little bit better job of marketing the message and getting it out there" West said.

Few expected the race to replace former Republican Rep Chris Lee to be competitive. Lee resigned in February after a gossip website posted a shirtless photo of him and e-mails he sent to a woman seeking a date on a website.

But Democrats' strategy in the race was to tie the GOP candidate Jane Corwin to Ryan's proposal: To convert Medicare from a program that pays for seniors' health care costs to one that gives subsidies to those entering the program to buy coverage through private plans.

The Democratic candidate, Kathy Hochul, repeatedly emphasized she "would not touch Medicare benefits" and argued her opponent supported the Ryan's plan, which she said would decimate the program.

All but four House Republicans voted for the Ryan budget in April that included Medicare reforms, and some of those members got an earful from constituents about the changes when they held meetings over the spring recess.

Members have been armed with charts and talking points to show voters the need for taking on the controversial issue.

However, after Tuesday's special election GOP leadership aides admit they need to step up the contrast between their plan and the lack of specifics offered by Democrats. They maintain voters will support their approach to take on Medicare's spiraling costs instead of the Democrats' alternative, which they argue ignores the problem and will bankrupt the program.

"None of the members regret that vote because they want to do something now, but a number of members think there can be a better sales job," one senior GOP leadership aide told CNN.

Rep Michael Grimm, a freshman who represents another New York district that is a top-tier Democratic target, stood by his vote for the Ryan budget.

"I came here to be a leader. I didn't come here to just take popular votes. I came here to move the country forward and to deal with the real problems that our country faces," Grimm told reporters Wednesday.

Grimm said it may take time, but voters will understand the program is directly tied to addressing the massive budget deficit. "They will see past the rhetoric of literally throwing grandma off the cliff. I mean it's cute, it makes headlines, but it doesn't address the problem. Why don't we talk about the debt that's throwing us all off the cliff?"

Michigan Republican Bill Huizenga said his fellow GOP freshmen are undeterred by the results of the special election in New York.

But when asked about the GOP presidential candidates' reluctance to embrace Ryan's proposal and the fact that some GOP senators were voting with Democrats to ensure it didn't advance on Capitol Hill, he repeated the Republican refrain.

"If you don't like the option, please, regardless of party affiliation, or which House you're serving in, come up with a solution. We're run out of road to kick the can down," Huizenga said.