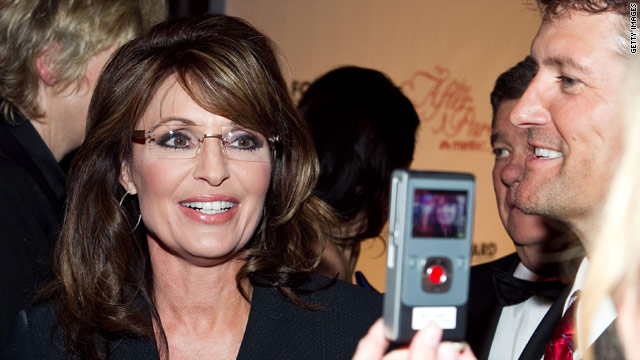 The two-hour movie - the existence of which was first reported late Tuesday by RealClearPolitics and confirmed by CNN - is the work of conservative filmmaker Stephen Bannon.

Bannon was first approached by Palin and her staff after last November's midterm elections and asked to produce a series of videos that would highlight the former governor's record in Alaska, an attempt to recover her "maverick" brand and repair the political fallout from her decision to quit the governorship in 2009.

The filmmaker took the idea a step further. With editorial control and his own financing, Bannon produced a feature-length film taking a favorable look at Palin's rise to power in Alaska, her reform efforts as governor and her blockbuster entrance onto the national political stage as John McCain's running mate in 2008.

Quietly and with the help of Palin and her team, Bannon was granted access to key Palin allies in Alaska and a treasure trove of rarely seen footage, including images dating back to Palin's time on the Wasilla City Council, her first political office.

Palin and her husband Todd were given a private screening of the film last week in Arizona, CNN confirmed. The movie's title: "The Undefeated."

Palin has been relatively quiet as of late aside from a handful of Fox News appearances, but word of the film is sure to be a wake-up call to Republican operatives in Washington and in key early primary states who have largely brushed aside the possibility of a Palin presidential bid.

She is, her supporters argue, the only potential candidate with the kind of political muscle needed to skip some of the early nominating hurdles like network debates or the closely-watched Ames Straw Poll, and still join the presidential primary race in September or October with a credible and devoted grassroots following.

A Palin adviser re-affirmed to CNN Tuesday that she is still "seriously considering" a White House bid.

With the film's rollout certain to grab media attention, Republican candidates already in the race are likely to face questions about Palin as they ramp up their campaigns this summer.

Bannon told RealClearPolitics he plans to premier the film in late June in the first-in-the-nation caucus state of Iowa, followed by a promotional swing through the other pivotal states of New Hampshire, Nevada and South Carolina.