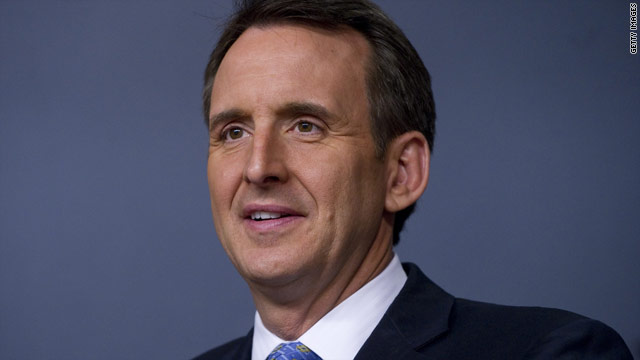 Pawlenty both praises and differentiates himself from Ryan

Ryan's budget bill includes making Medicare into a voucher-like system in which recipients would receive payments from the government to help cover expenses but eliminate the current way in which the government pays a part of the all of the medical costs of recipients.

During a forum at the Cato Institute, which believes in a limited role for government, Pawlenty lauded Ryan and his budget overhaul efforts.

"The leadership and courage of Rep. Ryan of putting that forward should be noted," Pawlenty said. He also criticized President Barack Obama not for not being bold enough initially on the issue. "He did not have the courage to do what it take to lead the nation in one of the most important and pressing issues," Pawlenty said.

Both in Florida on Tuesday and at a forum Wednesday in Washington, the former two-term Minnesota governor said he would be presenting a detailed budget plan, including how to reform Medicare, soon. As to how his plan will compare to Ryan's, he said, "in general the direction of it is positive, but I am going to have my own plan and so we are going to have some differences from his plan. Some things will be the same. Some things will be different."

As to the differences, he told reporters later, "Our plan will include a series of options that people can choose from. One of which will be to stay in the current program, but we are going to have some other attractive options that I think are going to make a big difference."

Twice Pawlenty refused to answer a reporter's question of whether he would sign or veto Ryan's budget if it was presented to him as president.

The approach taken by Pawlenty came after former House Speaker Newt Gingrich found himself in a storm of controversy by criticizing Ryan's plan on NBC's "Meet the Press" as right-wing social engineering and too radical an approach. After many Republicans called him out, he apologized to Ryan and now says that blueprint is a good place to begin a discussion of the budget problem.

Asked about Tuesday's special congressional election in New York, in which Democrats credited their victory to opposition to the GOP budget bill, Pawlenty said, "Special elections are sometimes not the best barometer of the overall sentiment, but clearly there is some concern about how those issues were presented in New York."

Since announcing his formal candidacy Monday, Pawlenty has been trying to distinguish his campaign by going into the so-called lion's den to specific locations and delivering a tough-love message to bring down the deficit - in Iowa, saying ethanol subsidies should be eliminated; in Florida, saying the

Social Security retirement age needs to be eventually increased; and in Washington, saying federal pay and benefits need to be re-evaluated.

"In many cases public employees are both overpaid and over-benefitted...compared to their private-sector counterparts, and that is just not fair," he said. "We can't have the people who are being paid by the taxpayers getting a better deal than the taxpayers themselves, and these things have to be reconciled." He called for a continuation of the freeze on federal government workers' salaries, excluding the military, and to also include benefits in that initiative in an effort to bring down that level to that of the private sector.