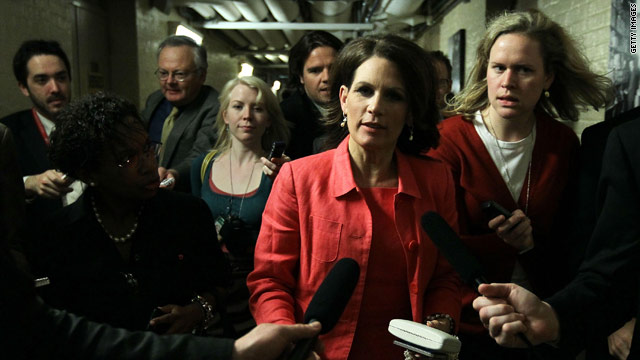 The Minnesota congresswoman, who is considering a bid for the Republican presidential nomination, had been booked as the featured speaker at the Polk County Republican Party's annual Robb Kelly Victory Dinner in Des Moines.

But a Senate delay in voting on the Patriot Act means the House will have to take up the measure on Thursday evening, keeping Bachmann in Washington for the vote.

Bachmann will instead engage in a question-and-answer session with dinner attendees via teleconference, a spokesman said.

She will travel to Iowa on Friday morning to speak at another county party event in Davenport.