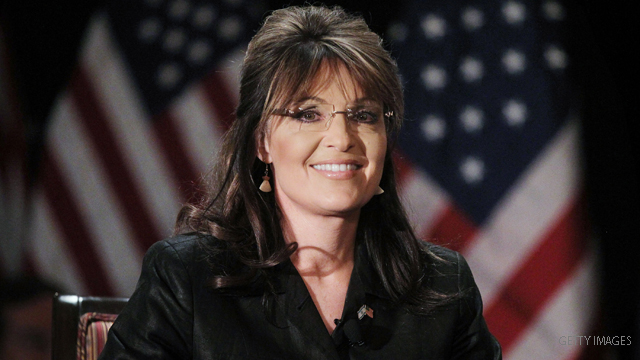 Des Moines, Iowa (CNN) – Not two days ago, Sarah Palin was all but written off as a possible presidential contender by the national media and Republican insiders who considered the field of 2012 candidates to be settled.

Now, fittingly, one of the country's most unpredictable political figures is preparing to prove them wrong.

Palin announced on the SarahPAC website that she has laid the groundwork for a nationwide tour, beginning this weekend in the nation's capital, that will once again thrust her into the national spotlight as she decides whether to seek the GOP nomination.

"As we look to the future, we are propelled by America's past. It's imperative that we connect with our founders, our patriots, our challenges and victories to clearly see our way forward," she said, in a statement.

"A good way to do this is to appreciate the significance of our nation's historic sites, patriotic events and diverse cultures, which we'll do in the coming weeks on our "One Nation" tour.

The multi-city journey will take the former Alaska governor to a series of historical sites along the East Coast "that were key to the formation, survival and growth of the United States of America," a Palin source told CNN.

Other stops on the week-long tour are expected to include the civil war battlefields at Gettysburg and Antietam, Philadelphia–to visit the Liberty Bell–and one in New Hampshire.

The tour is primed to garner a flood of media attention thanks to the slow-starting presidential race.

It will begin over Memorial Day weekend, during Sunday's Rolling Thunder rally in Washington, an annual pilgrimage of bikers to honor fallen soldiers and prisoners of war.

Recher and McMarlin organized travel logistics for Palin in the year following her return to Alaska after the 2008 presidential campaign, but they parted ways last year. The two men would be instrumental in mounting a presidential effort should she decide to run.

Palin has also given her blessing to a $1 million feature-length movie about her rise to the governor's office in Alaska that will be shown later this summer in the crucial early caucus and primary states of Iowa, New Hampshire, Nevada and South Carolina.

She recently returned from a trip to the Middle East aimed at burnishing her foreign policy credentials.

And reports indicate that the Palins recently purchased a $1.7 million home in Scottsdale, Arizona, which would offer them a more feasible location to run a campaign from than far-away Alaska.

Palin's political action committee would not confirm the purchase or speculate on where a potential campaign would be based.

While political observers have dismissed her chances by pointing out her lack of activity in the early states that typically vault candidates the presidential nomination, her supporters insist that claim overlooks Palin's political mojo.

She is, her backers say, the only potential Republican candidate with the kind of star power required to skip early nominating hurdles like the network debates or the closely watched Ames Straw Poll and still be competitive.