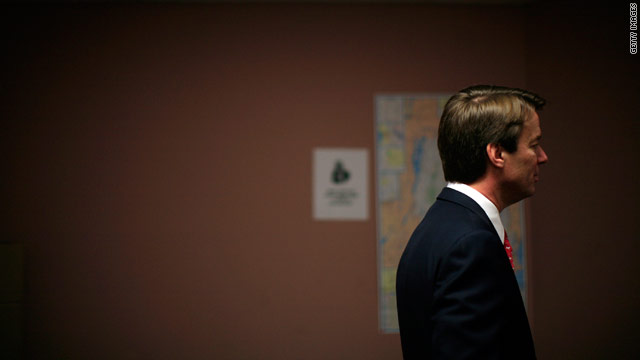 The source would not discuss the meeting in any detail and refused to speak on the record because the meeting was private.

Mellon's attorney William Taylor told CNN the visit with Edwards was "entirely social and personal. No discussion of case."

Mellon, who is 100, has been a supporter of Edwards for years and has given both to his presidential campaign and other causes associated with him.

Mellon is now at the forefront of the Justice Department investigation of whether Edwards violated campaign finance laws concerning a donation. In his tell-all book "The Politician," former Edwards staffer Andrew Young wrote that Mellon gave Edwards a gift of $700,000 that was used to cover up Edwards' affair with Rielle Hunter, a video producer for Edwards' campaign, and to support Hunter. During the affair Hunter became pregnant with Edwards' baby although at first he denied he was the father.

Mellon's attorneys have said she was trying to help a friend and didn't know what the money was being used for.

Sources have told CNN the Justice Department is preparing to indict Edwards unless he and prosecutors reach a plea deal. A resolution of the case is expected soon.

Edwards' defense lawyers Wednesday said their client broke no laws, and slammed the Justice Department's handling of the case.

Mellon's family has testified before the grand jury investigating the case, and the Justice Department has asked Mellon to tape testimony that could be used at a trial. Her attorney told CNN last month she had not agreed to that request.