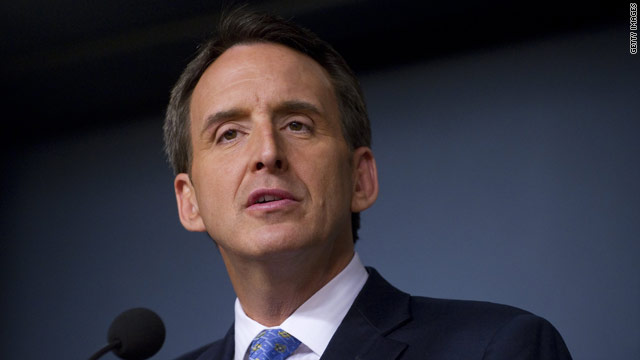 (CNN) - Republican presidential candidate Tim Pawlenty said he sees his low national poll numbers as an opportunity for his candidacy.

"I like the fact that these folks who are established, well known and yet and there's no real favorite in the face," Pawlenty said Friday on CNN's "American Morning." "So there's a ton of upside for my candidacy and it gives me a chance to introduce myself and put my record from Minnesota out there."

"This country isn't going to be about rallies or you know bus tours or anything else," Pawlenty said. "This is going to be about a country that is sinking in debt and deficit. We want to have a leader who has actually tackled those issues and doesn't just talk about it."

The former Minnesota governor, who officially announced his bid for the White House on Monday, criticized the current administration and Congress over their reluctance to make sweeping changes to Social Security and Medicare.

"Any doofus can go to Washington and maintain the status quo and that's what we've got in the White House and in Congress in terms of their attitude about their willingness to tackle these issues," Pawlenty said. "If we're not going to have leaders who are going to say that and do it and tell the American people, look them in the eye … then we're all wasting our time."

Pawlenty registers in the single digits in most national 2012 GOP nomination polls of Republicans and Republican-leaning independent voters.