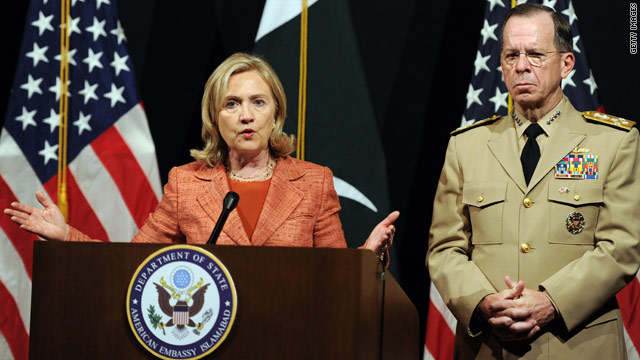 ISLAMABAD, Pakistan (CNN) - Secretary of State Hillary Clinton said she had a frank discussion with the Pakistani president on Friday as part of a push to repair the relationship with Islamabad in the wake of a U.S. raid that killed Osama bin Laden.

Adm. Mike Mullen, chairman of the Joint Chiefs of Staff, accompanied Clinton for what one senior State Department official said beforehand would be a "sober" set of talks about the need for Pakistan to root out terrorists in its country.