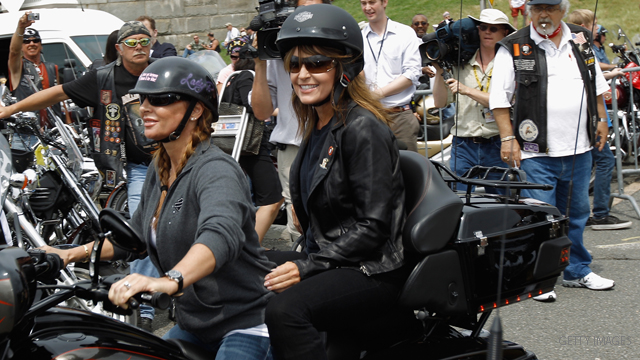 She delivered her message on the National Mall as part of the "Rolling Thunder" rally in honor of Memorial Day. "Rolling Thunder" is a non-profit organization dedicated to the search for American military personnel who are prisoners of war or missing in action.

Click to watch video
The former Alaska governor and potential 2012 presidential candidate thanked "Rolling Thunder" for making sure Americans "don't forget it's our vets whom we owe a debt of gratitude."

"I'm an American. I have no title. I have no office," Palin told CNN's Sandra Endo. "To be an American citizen with the freedom to come out here and assemble to thank you veterans, I can't tell you how honored I am to be invited to participate."

After driving on a motorcycle and walking on the Mall with her husband Todd and daughters Bristol and Piper, Palin met with veterans and families associated with the "Rolling Thunder" organization.