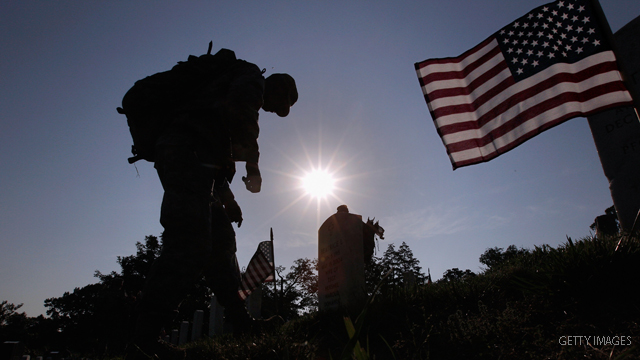 Members of the 3rd U.S. Infantry Regiment place American flags at the graves of U.S. soldiers buried at Arlington National Cemetery in preparation for Memorial Day May 26, 2011 in Arlington, Virginia.
May 30th, 2011
07:33 AM ET

(CNN) - Politicians will be in plentiful supply this Memorial Day as the ramp-up to the 2012 presidential election begins in earnest.

Former Alaska Gov. Sarah Palin, who began a nationwide bus tour Sunday, generated plenty of buzz by riding into Washington on the back of a motorcycle. The Republican is believed to be considering a White House bid, but has not announced her intentions.