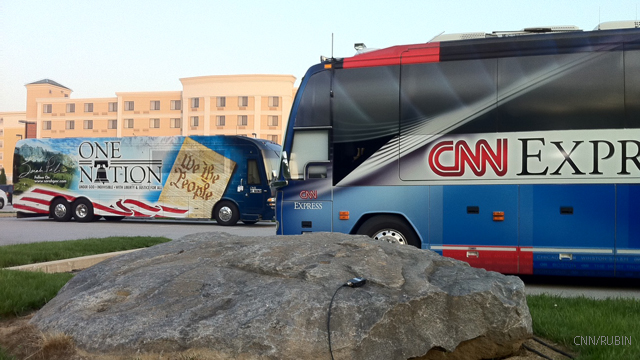 The Palin family and a few members of her staff sneaked out of their hotel early, leaving their flashy bus behind in the hotel parking lot to give reporters chasing her the impression that she was still readying for the day.

As members of Palin's advance staff began to roll out luggage to the bus on Tuesday morning, a crush of media and tourists gathered to meet the potential presidential candidate on her way out of the hotel.

But CNN was soon tipped off that Palin was long gone, off to visit the Civil War battlefields and onward toward Philadelphia.