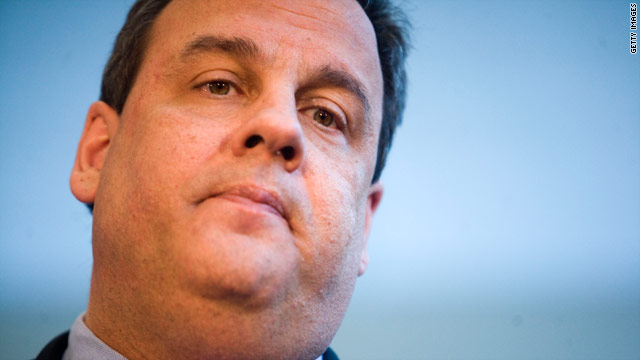 Christie to Iowa but still not running for W.H.

But aides to the New Jersey governor say this doesn't mean he has changed his mind and is now interested in running for the GOP presidential nomination.

Click to watch video
Instead, they say Christie has accepted an invitation from Iowa Gov. Terry Branstad, a fellow Republican, to speak at an education summit in Des Moines. Christie and Branstad, who served as Iowa governor from 1983 to 1999, are friends and the New Jersey governor traveled to Iowa last year to campaign for Branstad when he was running again for his old job.

News of the Iowa visit was first reported by the Des Moines Register.

Word of Christie's trip came just a few hours after he met with a group of influential Iowa GOP donors, who were hoping to convince Christie to change his mind regarding a bid for the White House.

The half-dozen or so businessmen from the state that holds the first contest in the presidential caucus and primary calendar met with Christie Tuesday evening at the New Jersey governor's residence. The governor’s tough talk, outspoken comments, and battles with state Democratic lawmakers over budget cuts have made him very popular with Republicans across the country, which has led to calls that he run for the White House.

Bruce Rastetter, an ethanol company executive and one of the Iowans who met with Christie, said they asked the New Jersey governor to "lend his voice to national issues and encourage him to run for president."

Asked by CNN's Carol Costello what makes Christie different than the GOP candidates already in the race, Rastetter said "Christie has what a number of political aspirants don't have is the ability to be very blunt and direct and to articulate and to be able to communicate in such a way that you know exactly what he's thinking. He has a common sense approach to government."

Christie has repeatedly said he is not running for the White House, most recently telling CNN National Political Correspondent Jessica Yellin that "you ain't getting me anywhere near that. My God, I am not running for president. Everyone remain calm. All is well."

Yellin asked Christie the question during an education forum.

After Indiana Gov. Mitch Daniels announced earlier this month that he would not make a bid for the GOP presidential nomination, a senior Christie adviser said the governor has "no change of plans" about a White House bid.

Rastetter said his sense is that Christie will stand by his commitment to keep his eye on the Garden state.

According to a CNN/Opinion Research Corporation survey released Friday, Republicans and independent voters who lean towards the GOP are split on whether they would like to see Christie run for the GOP nomination. The same survey indicated that only 16 percent are very satisfied with the current crop of presidential candidates, with nearly four in ten saying they are not satisfied with the field.

Christie's chief political adviser, Mike DuHaime, told CNN one major reason the governor chose to meet with Rastetter and the other Iowa activists is because they are close to Iowa Governor Terry Branstad, for whom Christie campaigned last year. Also DuHaime said knowing "other people who will be influential" in the party will be "good for the governor" since Christie "likely will be influential in the party."

Christie's influence could be a major influence in the GOP nomination process. Three candidates have already met with him in hopes of winning his support.

"I am going to continue to play a role as a leader in our party and I think appropriately so," Christie said in a recent interview with radio host Chris Sitgall. "I am happy to play that role if they think I can play an important part in a presidential campaign to help them and help us to elect a good Republican to replace President Obama in 2012 and clearly that is my goal to make sure we have a change in 2012."

He said in the radio interview he preferred the GOP nominee to be someone who has been a governor.

"When you have the responsibility to have run things and make executive decisions, I think it just trains you better to make decisions at the next level, at the federal level," Christie said.