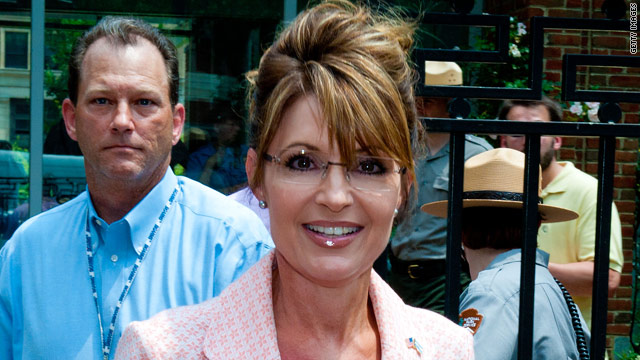 (CNN) – Details of former Sarah Palin’s bus tour itinerary continue to be kept under lock and key, but signs indicate the former governor of Alaska will visit New Hampshire Thursday.

According to the New Hampshire Union-Leader, Palin is making plans to be in New Hampshire Thursday, and has reached out area Republicans.

The executive director of a conservative issues group confirmed to the paper Wednesday that a staffer for the 2008 GOP vice presidential nominee asked whether he’d be available for a clambake Thursday evening.

Palin has stated that she doesn't view New Hampshire voters as different from any others but the visit will be her first to the first-in-the-nation primary state since fall of 2008.

Palin began her East Coast tour of national monuments and battlefields Sunday, and has made stops at the National Archives, the World War II Memorial, Mount Vernon, Gettysburg, Philadelphia and Ellis Island, among others.

She’ll be stepping on a field of a different kind Thursday, as her visit will coincide with the formal announcement of Mitt Romney’s candidacy for president.

The former governor of Massachusetts has indicated that he will announce his intentions to seek the 2012 GOP nomination in Stratham, New Hampshire, Thursday afternoon.