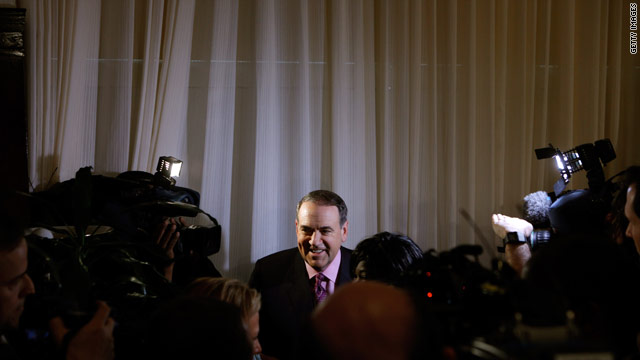 (CNN) - He decided against another run for president, but former Arkansas Gov. Mike Huckabee said he might be open to the number two spot on GOP presidential ticket in 2012.

“Everything is still open. I haven’t closed doors,” Huckabee said Wednesday according to a video posted by the Arkansas Times. “I’m not going to make some definitive categorical statement that later would have to be explained if there was something later to explain.”

But the former 2008 Republican presidential contender said he is “not looking for anything, I’m content with what I’m doing.”

And don’t expect a Huckabee endorsement anytime soon, something that could be helpful to a potential candidate given his base of supporters and high approval among social conservatives.

“It could be well after the nomination,” Huckabee said.

“I don’t feel any pressure or hurry to do it,” he added following a speech at the Clinton Presidential Center in Little Rock, Arkansas. “Part of my issue is that a lot of those guys are good friends of mine.”