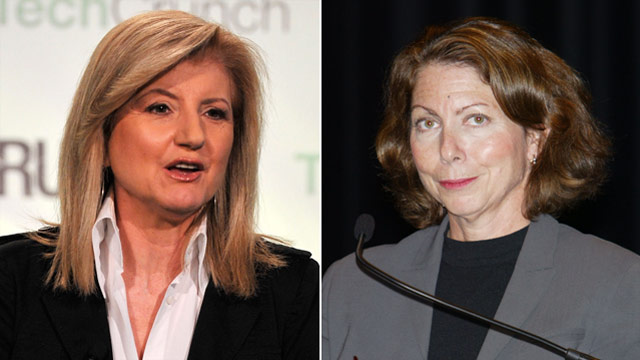 This past spring, outgoing New York Times executive editor Bill Keller wrote a highly critical essay in the New York Times magazine comparing the Huffington Post’s aggregation to “piracy.” A back-and-forth between him and Huffington ensued.


When asked Thursday if websites like the Huffington Post hurt journalism, Abramson replied, “I wouldn’t go that far. I think that the aggregation of pieces of journalism that other news organizations have paid dearly to get the story, get it right, tell the story behind the story, poses a threat to us in some ways.”

However, she added, "I respect the fact that an awful lot of people like to read that way and, in some cases, I think the Huffington Post has been inventive and presents what it aggregates well."

"I’ve known Arianna Huffington since the early 90s in Washington," she continued. "She’s an inventive person, and I certainly don’t want to be in a war with her.”