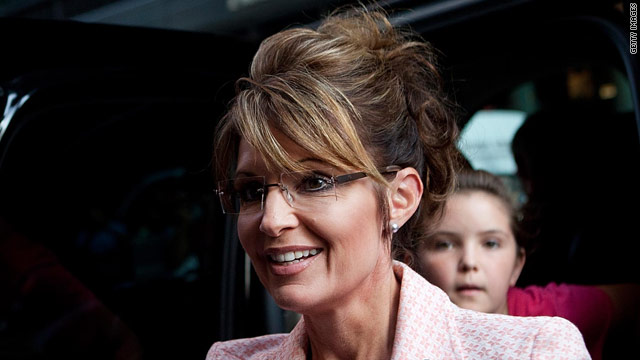 Seabrook, New Hampshire (CNN) – It’s become increasingly clear during the first leg of her “One Nation” bus tour that Sarah Palin plans to delay making a decision about entering the presidential race as long as she possibly can.

While other Republicans have already assembled full-blown campaign operations or formally declared their candidacies, Palin continues to suggest that a final verdict about the race could come as late as this fall.

“Why should everybody jump in there right now and start beating each other up in the primary process, showing the other guys our playbook already?” Palin told reporters Thursday evening at a clambake in the New Hampshire town of Seabrook. “Why should we do such a thing? There is plenty of time for that.”

Palin disputed former Minnesota Gov. Tim Pawlenty’s recent demand that uncertain potential candidates “get off the sideline” and join the race so Republicans can begin to figure out which candidate is best positioned to defeat President Obama.

“It’s too early,” she said earlier in the day, during a tour of historic sites in Boston. “That is one thing that I disagree with Pawlenty on is him believing that it all needs to happen right now. I think he says that because that was his strategy, but I obviously don’t follow anybody’s strategy and just don’t go with the flow in the conventional way of doing things.”

Palin, of course, made waves throughout the 2010 midterm season by endorsing conservative candidates in Republican primaries with the rationale that difficult and extended primary fights are healthy for democracy.

She had a somewhat different outlook on Thursday.

“There will time to be in there duking it out and debating,” she said. “But at this point, I think there is agreement on the basic message from most of the candidates in the GOP. And that message is, our nation can’t afford four more years of a big government agenda.”