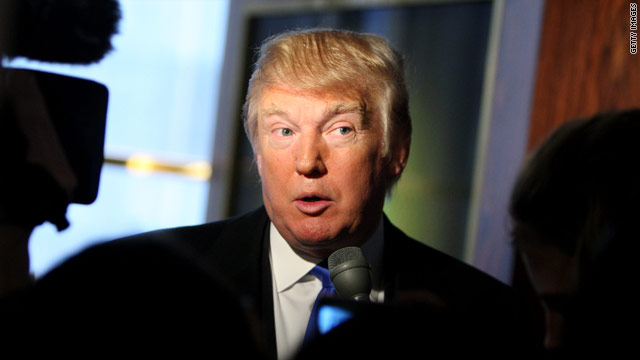 “He obviously knows it’s him and the way he’s handled it is either lying or incompetent,” Trump said on CNN’s “Piers Morgan Tonight.” “It was him because otherwise he would have said it wasn’t me … who would not know if that rather terrible position was or wasn’t taken?”

Click to watch video
A lewd picture was sent from the Democratic lawmaker’s Twitter account to a student in Seattle, Washington last week. Weiner said his account was hacked and that he did not send the picture. The scandal remains in the spotlight while he refuses to say if the picture is him.

“Photographs can be manipulated. Photographs can be taken up from one place and put in another place. Photos can be doctored,” Weiner told CNN’s Wolf Blitzer Wednesday. “It certainly doesn’t look familiar to me, but I don’t want to say with certitude to you something that I don’t now to be the certain truth.”

“I think he’s made what could have been a small story into a very, very big story,” Trump said.

The real estate mogul made his own news this week when he met and ate pizza with potential 2012 presidential candidate Sarah Palin Tuesday in New York.

After the meeting Trump, who previously decided against a bid for the White House, said he would like Palin to run for president. But he told Morgan the former Alaska governor has not made up her mind.

“I think in her own mind, she’s just not sure yet,” Trump said. “But she’s certainly got a following. And people like her. And I like her.”