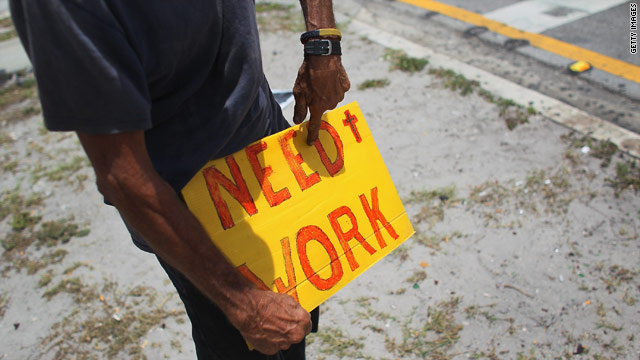 Capitol Hill (CNN) - There are few hotter topics in Washington or on the campaign trail than jobs. And we just got a new, gloomier report. To save you time, here's your cheat sheet to Friday's U.S. unemployment report.

Link to Report: is here.

Winners
-Biggest job gains: Professional and business services +44,000 jobs; Accounting +18,000
-Paychecks: Went up, but barely. Average hourly earnings were up 6 cents in May. Spend it wisely.

*NOTE: Starting in January, the government changed one factor in how it calculates the average length of unemployment. That change does increase the average length. But, it is still fair to consider this month's numbers the highest on record, because this is the highest level since the calculation change went in place and recent levels are far above the levels for any other time period.

Comment below. Check out more of our reporting on the guts of the issues at http://www.cnn.com/americansauce