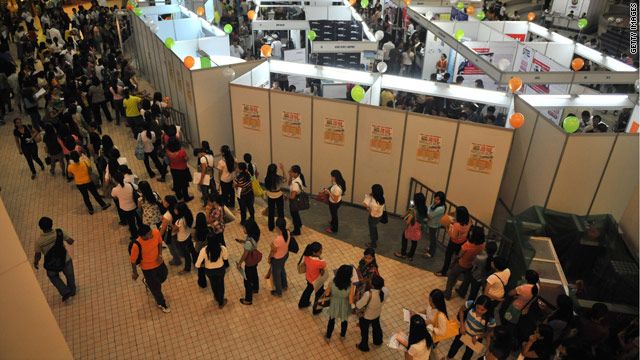 It's the economy, again

The government reported Friday that the economy gained 54,000 jobs in May, far less than the predicted 170,000 gain. The nation's unemployment rate also worsened to 9.1 percent from 9 percent in April.

"President Obama's policies made the recession worse and as a result more people are out of work," former Massachusetts Gov. Mitt Romney, who formally announced his candidacy for president Thursday, said in a statement.

"These unemployment numbers should not be viewed as just statistics – these are real families facing significant economic peril because President Obama has failed to pull us out of this economic downturn. Americans deserve a president who will make job creation his number one priority," Romney said.

Former Minnesota Gov. Tim Pawlenty also called out Obama by name, saying in a statement, "Today's underwhelming job numbers report demonstrates President Obama's failure to address the tough challenges we face as a nation. We need a leader to stand up and make the difficult choices essential to spur economic growth and create new jobs."

"While this administration promised job creation and an unemployment rate under 8 percent with the passage of the stimulus spending packages, based upon today's unemployment report, the unemployment rate still hovers around 9 percent. We have yet to see the positive results from the billions of taxpayer dollars spent in that process," Cain said in a statement.

"Rather than empowering people and the free market to drive our economy, President Obama has instead decided to focus on the heavy hand of government," Santorum said. "As history has shown, government intervention and infusion may spur minimal short-term growth, but over the long haul those policies do nothing but explode our deficit and take freedom away from the American people."

Only former Utah Gov. Jon Huntsman, who is expected to announce his intentions to run for president soon, stopped short of naming Obama, issuing a statement that instead focused on his tenor as governor.

"Today's report showing a rising unemployment rate and staggeringly little job creation further demonstrates that this country is in need of policies that will actually grow jobs. As governor of Utah – while our country faded into recession – we created an environment that brought jobs to the state without resorting to out of control spending and debt. It is time for America to do the same, putting an end to the suffering of millions of Americans who are struggling to find economic opportunity," Huntsman said in a statement.