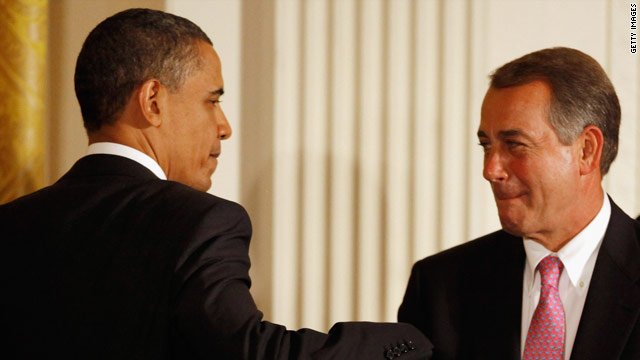 Obama and Boehner to hit the links

The bipartisan round will be played on Saturday June 18th. The president extended the invitation for the Speaker to join him on the links. According to Boehner aide Kevin Smith, staffers from the White House and the speaker's office scheduled the game three or four weeks ago.

No word on which of the many golf courses in and around Washington they'll play.