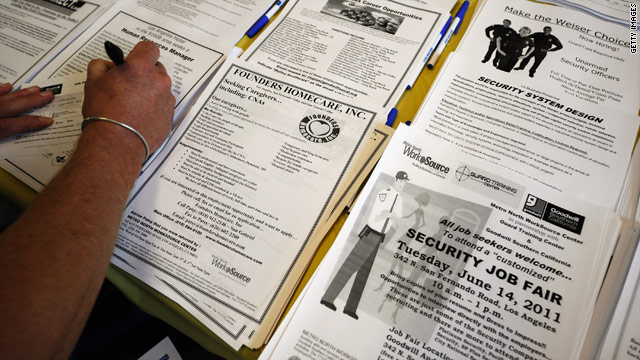 Washington (CNNMoney) - Washington was abuzz Friday about political implications of the dour May jobs report, with Democrats and Republicans blaming each other for continued lack of progress.

The Labor Department said 54,000 jobs were created in the economy last month - a figure that was far less than economists forecast and slower than recent months. The unemployment rate edged up to 9.1% from 9% in April.