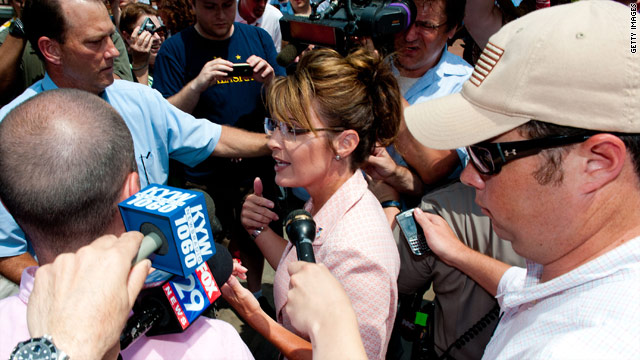 Portsmouth, New Hampshire (CNN) - In the end, Sarah Palin made nice with what she likes to call the "lame-stream" media.

Reporters were kept in the dark about Palin's whereabouts during her "One Nation" bus tour and were forced to depend on sources or tips from park rangers to figure out which historical site the former Alaska governor might appear at next.