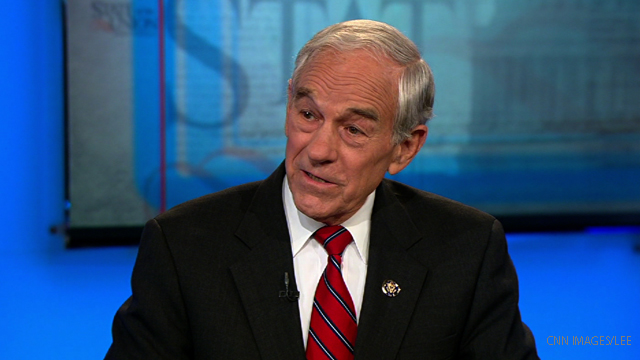 The technique helped him raise millions during the last presidential election and he made a similar push in May. This round is billed as "The Revolution vs. Romneycare," criticizing the health care law Romney signed while governor of Massachusetts that bears resemblance to the national law.

Click to watch video
"The truth is, our supporters have shocked the political establishment before! And honestly, we don't need 10 million dollars to match Mitt Romney," a letter to supporters read, referencing Romney's one-day fund-raising total last month. "After all, Congressman Paul doesn't have to defend a liberal record as governor of Massachusetts!"

Supporters may contribute up to $2,500 through his website, where a large graphic tracks the donations in real time.

During an interview Sunday on CNN's "State of the Union," Paul, an avid defender of fiscal conservatism, said he is optimistic about his chances in 2012 because of the country's direction.

"You know, they mocked me for my foreign policy and they laughed at my monetary policy," Paul said referencing his 2008 White House bid. "No more. No more. The people are coming over here. So, I would say whatever happens is going to be good because the people have woke up."

The 11-term congressman said the current GOP presidential contenders are changing their positions based on political pressure, something to which he is immune.

"They're going to modify their position but they represent the status quo and this is what excites so many people now," Paul told CNN Chief Political Correspondent Candy Crowley. "They're sick of the status quo."