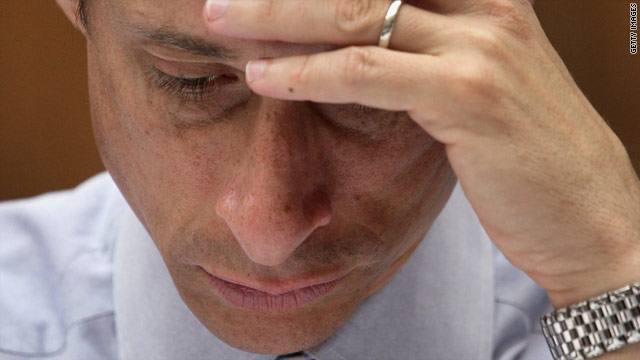 Democrats turn up pressure on Weiner, rally behind ethics probe

Washington (CNN)- Democratic leaders took the initiative Monday to go after one of their own, U.S. Rep. Anthony Weiner, hours after he admitted to lying about posting an explicit photo on his Twitter account and carrying on inappropriate relationships with women he'd met online.

Two Democratic sources said that Weiner, in a brief telephone conversation Monday with House Minority Leader Nancy Pelosi, made it abundantly clear that he was not going to resign. At his press conference later that day, the New York Democrat said that Pelosi was "not happy" but "also told me that she loved me and wanted us to ... pull through this."