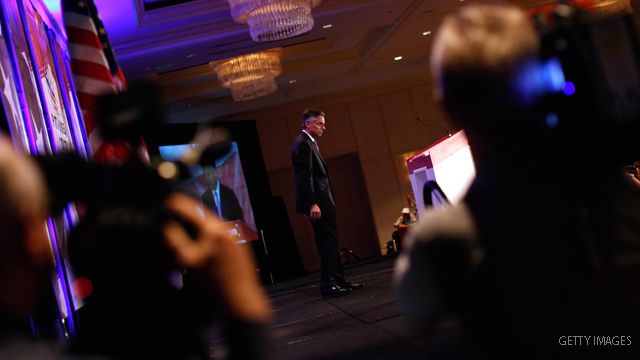 (CNN) - A top Iowa Republican said potential presidential candidate Jon Huntsman is "not ready for the big dance" if he stands by his decision not to compete in the 2012 Iowa caucuses should he run for president.

"Iowa is a bellwether state. We care about families, our faith and our freedom," Schultz said in a statement Monday. "We are not single-issue voters … Hopefully Mr. Huntsman will change his mind and come to Iowa and explain how he plans on fixing the problems facing our country."

Over the weekend, Huntsman, according to multiple news organizations, said he would skip the Hawkeye state because he does not believe in "subsidies that prop up corn, soybeans and ethanol," a risky stance in the state that leads the country in corn production.

GOP presidential contender and former Minnesota Gov. Tim Pawlenty made a similar statement during his campaign announcement in Iowa, where he called for the phasing out of federal government subsidies.

Pawlenty, who has neither high name recognition nor independent wealth, does not have the luxury of skipping Iowa. However, it may be a different situation for Huntsman, who will likely take a Romney-esque approach to the presidential campaign calendar if he jumps in the race, focusing his energy in New Hampshire, Florida and South Carolina.

Whatever his strategy, Schultz said Huntsman's position means the former U.S. ambassador to China is not ready for a run in 2012.

"Is Jon Huntsman not coming to Iowa because he opposes ethanol subsidies or because he is afraid to explain his positions on other issues?" Schultz said. "If Mr. Huntsman refuses to compete in a bellwether state like Iowa, he's not ready for the big dance."