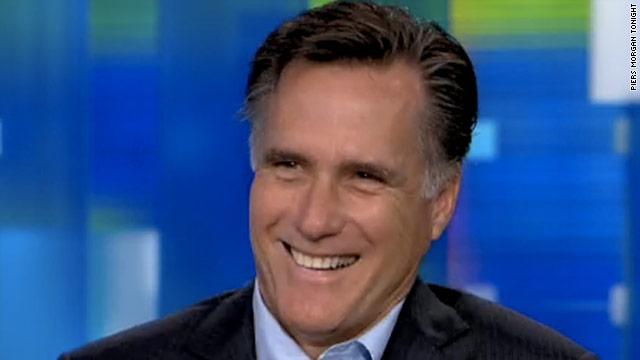 The 2012 presidential candidate told CNN’s Piers Morgan Monday that he wasn’t offended when former Alaska Gov. Sarah Palin appeared in the first-in-the-nation primary state of New Hampshire on the same day he was set to formally announce his intention to seek the 2012 GOP nomination for president.

In fact, though Romney shared his plans one week in advance and Palin insisted on keeping the destination of her top-secret bus tour under wraps until the day before her New Hampshire appearance, Romney insisted that the 2008 GOP vice presidential nominee “really didn’t ruin my day.”

“In a lot of respects it’s the best thing that could happen to me,” he said on CNN’s “Piers Morgan Tonight.”

“Right now, your greatest enemy is overexposure. People get tired of seeing the same person day in and day out.”

And Romney, who also sought the GOP nomination in 2008, had nothing but kind words for Palin, who’s still batting around the will-she-or-won’t-she question.

“I think Sarah Palin is generating enthusiasm and interest in a campaign this year. That’s a good thing,” he affirmed. “She has a lot of energy and passion and bringing it to our race is positive for us.”

But for all the benefits of enthusiasm and interest, Romney will choose a different tack for the time being, opting instead to lay low.

“People are going to start focusing on the elections probably after Labor Day,” he said.

“For us, I’m not doing a lot of TV - just a couple of very key interviews where I get a chance to talk about things I care about,” Romney revealed.