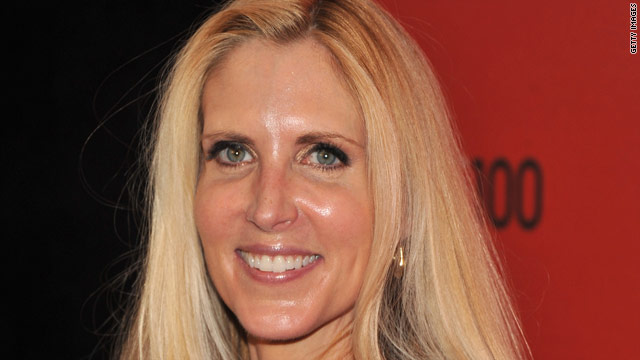 “She is a big star. She’s virtually the biggest thing on the planet.”

Click to watch video
But Coulter cautioned the potential presidential candidate about setting her sights on the White House.

“I wouldn’t [run for president] if I were in her shoes,” she said. “I think it would be the worst job imaginable, both running and holding the office.”

And for one already-declared candidate, Coulter has changed her tune - slightly.

She praised one GOP contender and put down another in one swipe at February's Conservative Political Action Conference, saying, “If you don’t run Chris Christie, Romney will be the nominee and we’ll lose.” But the conservative firebrand now admits to having warmer feelings for the former governor of Massachusetts, who recently announced his bid for the presidency.

“I now think the economy is such a disaster and Obama has such a glass jaw that we might even win with Romney. And Romney isn’t a disaster … I like him.”

Yet Coulter still has some reservations about Romney, who also sought the GOP nomination in 2008, and seemed to save her enthusiasm for a firmly declared noncandidate.

“The problem with Romney that a lot of people have, people like me, conservatives, is Romneycare. I still think he’ll probably be the nominee unless Christie jumps in,” she said.