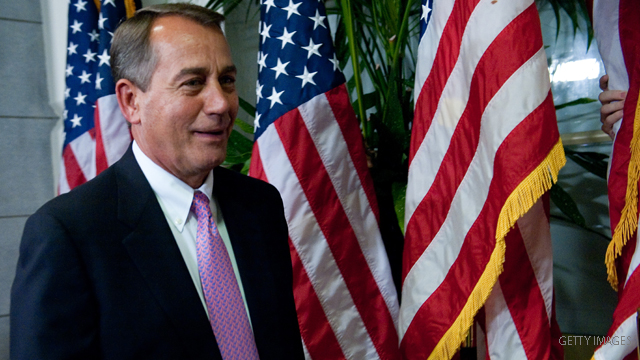 Boehner's gotta up his game ... of golf

Washington (CNN) - House Speaker John Boehner said he's "gotta get my golf game in shape" before he plays with the president in a few weeks.

"I played so bad yesterday and it was nothing to brag about. So I gotta get my golf game in shape," Boehner told reporters in Middletown, Ohio Tuesday. "I am playing with the president and vice president."

Boehner and the frequent golf playing President Obama are set to hit the links June 18th.

He also said it might be a good idea to trade a trillion dollars per stroke, a reference to the money Boehner hopes to cut from the annual budget.

"That will be a wonderful day. I'm dead serious," Boehner said. "It's golf!"