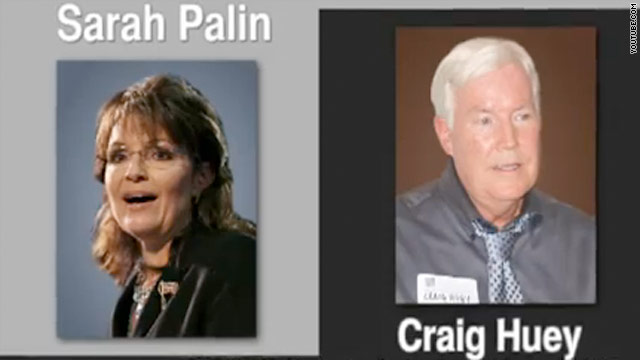 Although the West Los Angeles district has traditionally leaned Democratic, Hahn's campaign says it is going up Tuesday with a television ad that compares her Republican opponent, Craig Huey, to former Alaska Gov. Sarah Palin.

An email Hahn's campaign sent to supporters Monday afternoon linked to the ad and said, "I need your help. Will you contribute $50 to keep this ad on the air?" which then linked to a donation page.

Huey's campaign responded to the ad with an emailed statement from campaign consultant Dave Gilliard: “It is a shame that Los Angeles City Councilwoman Janice Hahn would choose to launch her run-off campaign with a nasty, negative attack ad that twists and distorts the truth. It says a lot, especially about Hahn’s disregard for the intelligence of the voters in the 36thdistrict and her understanding of her own vulnerabilities.”

While she's well loved by many tea party supporters and other grassroots conservatives, polls indicate the 2008 GOP vice presidential nominee, who's flirting with a run for the White House, has a low favorable rating with the overall electorate.

Comparing one’s opponent to Palin and calling him or her “extremist” were tactics that Democrats used with mixed results in the 2010 midterms.

Rep. Joe Sestak won last year's Democratic Senate primary in Pennsylvania, possibly thanks in part to an ad he aired showing showing then incumbent Sen. Arlen Specter shaking hands with Sarah Palin. After beating Specter, he revisited the tactic in the fall when he aired an ad with side by side images of Palin and his Republican opponent, former Rep. Pat Toomey, along with praise Toomey had for Palin. It did not work a second time around, with Toomey winning in the general election.