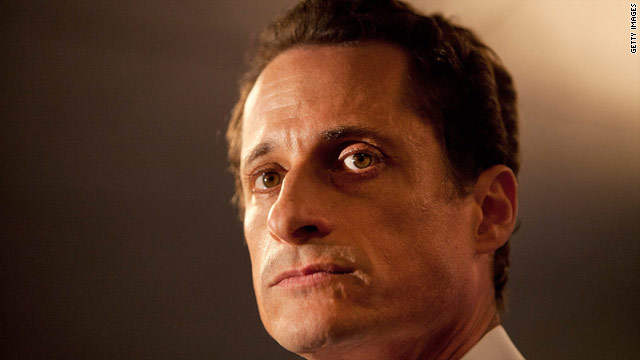 Weiner confessed Monday that he had lied about sending inappropriate text messages and photos to several women. He said he is not resigning, but top House Democrats called for the House ethics committee to investigate the matter.

Rep. Betty Sutton was the first to announce she was unloading campaign cash donated by Weiner. A spokesman for the Ohio Democrat confirmed to CNN that Sutton will make a $1,000 donation to local charities instead of keeping the campaign contribution from him. The announcement was first reported by the Cleveland Plain Dealer.

Anthony DeAngelo, spokesman for Sutton, said half the money will go to Honor Flight Canton Akron, a nonprofit organization that transports veterans to Washington to visit the nation’s war memorials. The second half will go to a local homeless shelter in Ohio for women and children.

Minnesota Democrat Tim Walz also decided to give to charity the $3,000 he received from Weiner.

A statement from Rep. Walz’s campaign provided to CNN said, "Today, Congressman Walz donated funds given to his campaign by Mr. Weiner to a local chapter of the Disabled American Veterans."

These announcements came just hours after the National Republican Congressional Committee distributed a press release Tuesday morning asking, “Will Dems Return Embattled Congressman Weiner’s Tainted Cash?” pressuring Sutton and more than a dozen other Democrats to give up or return any money donated by Weiner.

NRCC spokesman Paul Lindsay said the members now face “a choice between returning the scandal-tainted donations (they’ve) received from Congressman Weiner or silently condoning (their) colleague’s lewd and bizarre behavior that could lead to a potential ethics violation.”