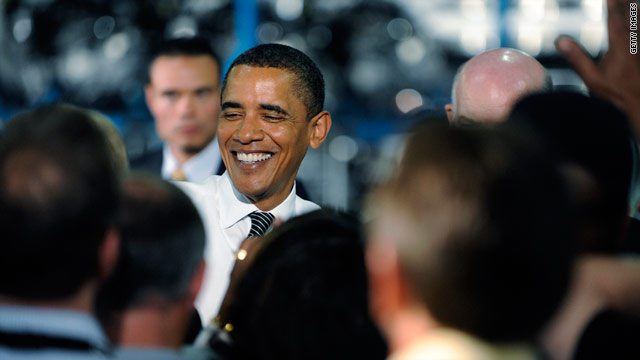 Washington (CNN)- Not long ago, he was willing to give his life to protect President Barack Obama, as a Secret Service agent on the presidential protection detail. But last month, Daniel Bongino quit his job as an agent ready to take a bullet for the president, to become a potential political adversary.

Bongino announced last week he is running for the Republican nomination in next year's Senate race in Maryland.

"I have no personal gripes with the president – I actually respect him greatly," said Bongino. "He treated me with dignity and respect, and he's a wonderful man, his family was great to me."
"But I just disagree with the ideology," he said. "The country's going on the wrong path."

Bongino says he is especially concerned about the mounting government debt and the tax burden, and criticized Pres. Obama's handling of the economy. "We've got to get government out of the way. They're standing in the way of the American entrepreneur." He says he believes in the tea party and what they're doing.

If Bongino were to win the Republican nomination, he would become the challenger to incumbent Senator Ben Cardin, a Democrat in a state that has not had a Republican senator since 1987.

Well-spoken, poised, and youthful at age 36, Bongino has no policy experience, but says he has earned a masters in psychology as well as an MBA. "I've done an enormous amount of research on macro-economic policy," he said.

"Thank God I have no political experience. That's my badge of honor," he says. "What does that mean? Is it the ability to cut a deal? I don't want that."

He said his most important qualification for serving in Congress would be the leadership skills he learned in the Secret Service, and prior to that in the New York Police Department. He says his experience as a beat cop in Brooklyn's toughest neighborhoods turned him into a Republican. Seeing several liberal social programs that were well-intended - but which, he says, didn't work for the people who needed them most - tipped the political scales for him.

Bongino said protecting presidents Obama and Bush as an agent did not made him privy to political dealings or policymaking behind closed doors – and that if it had, it would be unethical for an agent to disclose or use to his advantage anything he had witnessed.

Contacted by CNN, the Secret Service declined to comment on Bongino's candidacy.

We asked Bongino about the personal toll he's seen politics take on families, as an insider at the White House. When we asked why he'd drag his family through this, he said "It was a tough decision. A really tough decision. My wife and I thought about this for a very long time. I had never thought about jumping into politics, but I had always followed the issues. And when I left the job we said 'We're gonna take a week. And we're going to calmly think about this.' And she was willing to get in with me. She really was. We had that 'Rocky-Adrian' moment, in 'Rocky II'– when Adrian wakes up from the coma and tells him to 'win'."