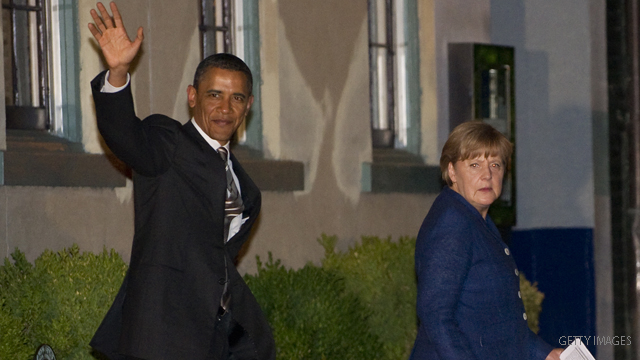 The two ate at 1789 Restaurant in the historic Georgetown neighborhood of Washington. They dined for approximately two hours in the six room restaurant decorated with American antiques and period equestrian prints that specializes in local, seasonal flare.

1789 Restaurant takes its name from the year the site was purchased by Archbishop John Carroll, a founding father of Georgetown University. It was also the year Mayor Robert Peter incorporated the village of Georgetown into Washington, D.C.

Merkel will spend Tuesday at the White House, mostly in meetings, before a state dinner Tuesday evening. The German leader arrived in Washington Monday to meet with U.S. officials and receive the Medal of Freedom from Obama.