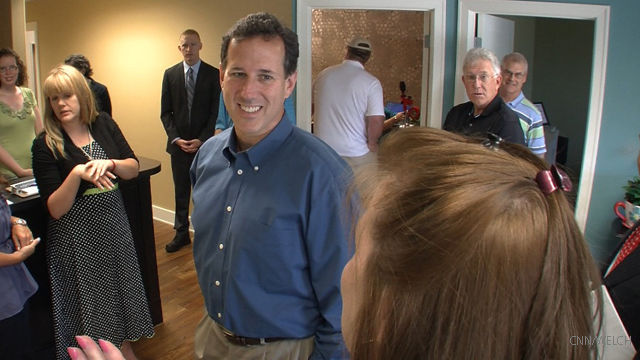 Santorum: I still disagree with McCain on enhanced interrogation

West Des Moines, Iowa (CNN)- Former Pennsylvania senator and –since Monday– Republican presidential candidate Rick Santorum is standing by comments he made regarding "enhanced interrogation" and Sen. John McCain's position on the technique.

Santorum caught flack just over two weeks ago when he said McCain, a former prisoner of war, "doesn't understand how enhanced interrogation works."

"We have a very different opinion of how the enhanced interrogation program works and I've been very clear about that," Santorum told reporters Tuesday during his first trip to Iowa, adding, "We still have a disagreement."

Santorum has said he believes it was this type of interrogation that led to the U.S. take down of Osama bin Laden.

Santorum had offered a bit of clarification of his initial comments the same day he originally made them, calling it "outrageous and unfortunate" for anyone to infer his position equates to a lessened respect for McCain's "service to our country and all he had to endure."