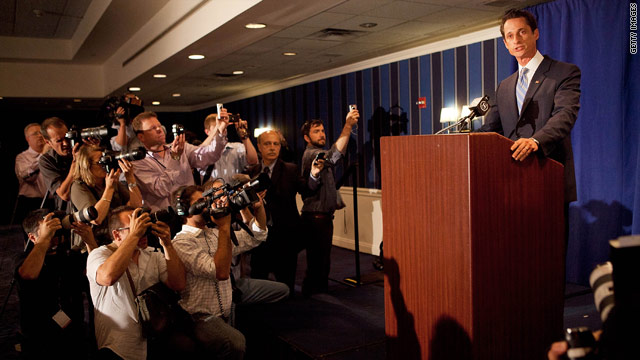 Washington (CNN) - Although Senate Majority Leader Harry Reid said he has no advice for embattled Rep. Anthony Weiner, two prominent Democrats offered some guidance on how he might weather what one called a "perfect storm" of controversy.

"For Anthony Weiner, it's about showing true remorse and removing politics from the calculation," Democratic strategist Robert Zimmerman said. "He has to then not just worry about his constituents but worry about whether he'll have a district to run for."