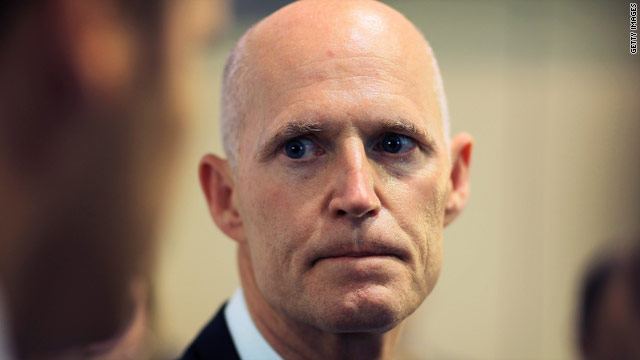 Orlando, Florida (CNN) - Starting on July 1 in Florida, anyone who applies for welfare must first pass a drug test.

Some welfare recipients say it's a good idea, for the most part.

"I'm for it because I know people who misuse the funds," said unemployed Kennley Grant outside a central Florida welfare office where he is applying for government assistance.

Michigan passed a similar law that the 6th Circuit Court of Appeals found unconstitutional in 2003 since it violated the U.S. Fourth Amendment, which protects citizens against unreasonable search. The court said the law would set a dangerous precedent by allowing the government to conduct drug searches for the safety of the public without prior suspicion.

Like Kennley Grant, most people CNN asked outside the office of the Florida Department of Children and Family agreed with the state's new law.

"I think it's good," said Lissie Bryant, who has an adult son who gets benefits. "There are so many people walking around here that are getting welfare that really don't deserve it and they're taking the money and buying drugs."

Several mothers who would not give their names disagreed with the law. Two women used expletives to describe their displeasure with it.

ACLU of Florida, which opposes the law, says it is not surprised welfare recipients agree with drug testing.

"You do what you have to do get the help," said Berek Newton with the ACLU.

Scott recently told CNN's TJ Holmes, "I want to make sure our taxpayers are not subsidizing drug addiction.

"Studies show people who are on welfare are higher users of drugs than people not on welfare," he said.

On CNN's request, the governor's office supplied several studies that showed drug use was higher among welfare recipients.

One document from a public policy brief on substance abuse had statistics from the National Survey of Drug Use and Health: A self-reported survey in 2007 found 20% of women ages 18-49 on welfare reported using illicit drugs compared to 10.3% of women of the same ages not on welfare.

The ACLU of Florida disagrees and cites a 2001 Florida pilot study that looked at drug use among welfare recipients.

Newton said the study was stopped after only a year because it failed. The study found drug use among welfare recipients was equal or less than the general public's drug use, Newton said.

The ACLU said the study found the drug testing program would cost more to run than the state could possibly save by eliminating drug users on welfare.

Florida's ACLU executive director Howard Simon said, ""Once again, this governor has demonstrated his dismissal of both the law and the right of Floridians to personal privacy by signing into law a bill that treats those who have lost their jobs like suspected criminals."

The ACLU has filed suit against the state for requiring all state workers to take a drug and is considering suing the state for drug testing welfare applicants.

Five Florida state Democratic legislatures joined to voice their outrage at the governor for insulting families who have fallen on hard times thanks to the bad economy and for what they called an unconstitutional law.

Welfare recipients who supported the drug test strongly disagreed that welfare applicants should have to pay out of pocket for the test.

"You can't have a struggling family pay for something they can't afford already – they're asking for your assistance," Kennley Grant said. He believes the state should pay for the drug test.

James S., who receives benefits and asked that his last name not be used, said, "I would ask the state or the governor to reconsider." Not everyone can afford it, he said.

Bryant, however, said," If they got to pay for it out of their own pocket and they really need it, then they will do the right thing."

Newton said, "It's like the government sending you a bill to violate your rights."