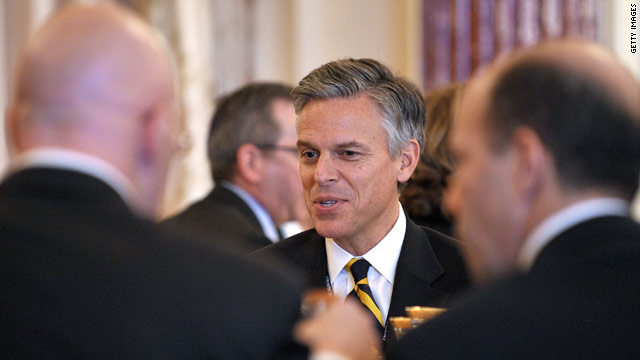 Huntsman dines out with GOP senators

Huntsman and wife Mary Kaye were seen entering The Monocle, a popular steakhouse and political watering hole on the Senate side of Capitol Hill, according to a GOP source.

Huntsman is in Washington for a series of meetings and will depart for New Hampshire, a primary state critical to his presidential chances, on Thursday.

He is expected to formally announce his presidential bid in the next few weeks.