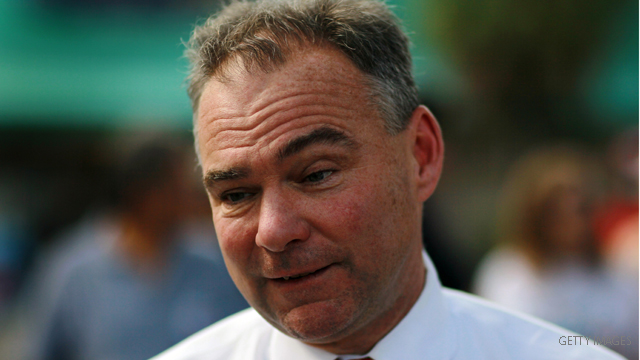 Washington (CNN) - Tim Kaine, the former chairman of the Democratic National Committee, called on New York Rep. Anthony Weiner to resign after he admitted to sending racy pictures of himself to women over the internet.

Kaine, now a Democratic candidate for Senate in his home state of Virginia, told a Charlottesville television station on Tuesday that Weiner's attempted cover-up of the scandal makes him unfit for office.

The comments put Kaine in the same camp as his former rivals at the Republican National Committee, who are also demanding Weiner's resignation.