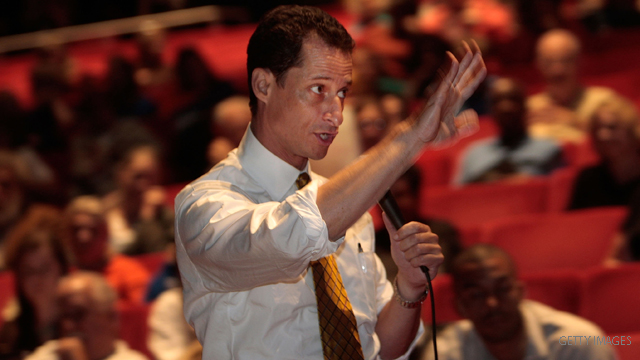 (CNN) - A little more than half of New York City residents want embattled Rep. Anthony Weiner to remain in Congress, according to a poll taken hours after the New York Democrat admitted he engaged in inappropriate online activity with women outside his marriage.

The NY1-Marist Poll released Tuesday indicated that 51 percent of those surveyed believed Weiner should not resign, 30 percent thought he should step down and 18 percent were unsure.

However, they were less likely to support him for NYC mayor in 2013, a position he was rumored to want. Fifty-six percent said Weiner should stay out of the race, 25 percent wanted to see him campaign and 19 percent were unsure.

Weiner remains adamant he will stay in Congress, representing the 9th district that includes parts of Queens and the Bronx, which are NYC boroughs, despite increasing requests for him to step down. House Minority Leader Rep. Nancy Pelosi called for an ethics investigation to determine if he violated the Rules of the House.

The poll surveyed 500 New York City adults on June 6th by telephone with a sampling error of plus or minus 4.5 percentage points.