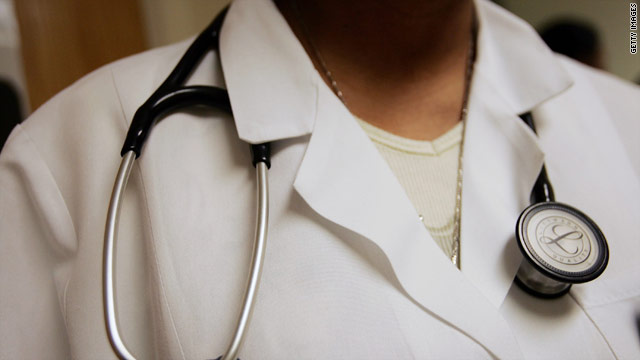 "Most Americans continue to dislike the idea of the federal government requiring all Americans to have health insurance," says CNN Polling Director Keating Holland. "Opposition to the idea comes mostly from older Americans and men; not surprisingly, eight in ten Republicans also oppose it."

President Barack Obama signed the health care reform bill into law last spring, after a year and a half of fierce debate in Congress and in town halls across the country. The measure passed both the House and Senate mostly along party lines.

The controversy is also sensitive for Republican White House candidate and former Massachusetts Gov. Mitt Romney, who is on top in most of the latest polls in the battle for the GOP presidential nomination.

A law that Romney signed as governor five years ago that included a mandate for Massachusetts residents, which is seen by many as the inspiration for the new national law, could be a political liability for Romney, who is making his second bid for the Republican nomination.

The poll indicates that 56 percent oppose the new health care law, with 39 percent in support of the measure. But about one in four opponents of the bill dislike it because it did not go far enough. Fewer than four in ten Americans oppose the new law because it is too liberal.

"While the new health care law passed by the Democrats last year remains unpopular, a significant chunk of that opposition comes from liberals who think the bill did not go far enough," adds Holland.

The release of the poll comes one day after a federal appeals court in Atlanta began hearing arguments on a massive lawsuit brought against the law by Florida and 25 other states.

The 11th Circuit Court of Appeals was the latest of three similar federal panels across the country to hear challenges by states and private groups to the Patient Protection and Affordable Care Act. Separate rulings from those courts in coming months will form the basis of a certain appeal to the Supreme Court, which could offer the final word on the landmark legislation, perhaps in time for the 2012 election year.

The main issue was the law's so-called individual mandate, the requirement that most Americans purchase health insurance by 2014 or face severe financial penalties.