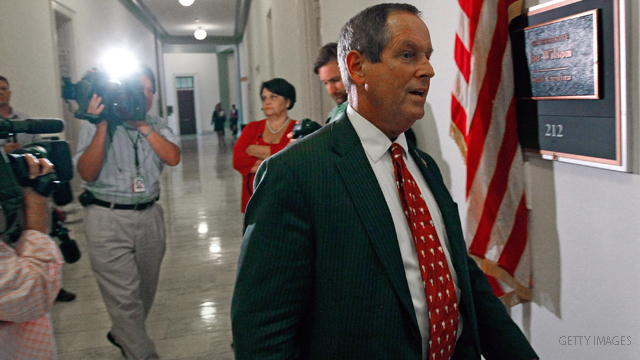 Wilson will serve as co-chairman of the former Minnesota governor's campaign in South Carolina, traditionally a must-win primary state for any Republican candidate.

"Governor Pawlenty is the best man to get our nation back on the right track," Wilson said in a statement provided to CNN. "As South Carolinians get to know Governor Pawlenty, as I have, they will see someone with a remarkable record of conservative accomplishments in a politically tough state for Republicans, and someone who has the kind of bold vision for America's future that we need to defeat Barack Obama."

Pawlenty called Wilson "a strong conservative voice for the people of South Carolina" and said he is "honored" to receive the endorsement.

Wilson, first elected to Congress in 2001, hails from the establishment wing of the Republican Party but earned a grassroots following in late 2009 when he shouted "You lie!" at the president during a speech to a joint session of Congress. The normally soft-spoken Wilson disagreed with Obama's assertion that his health care legislation would not offer coverage to illegal immigrants.

His popularity among South Carolina Republicans was on display during the 2010 midterms, when the Wilson name played an undeniable role in lifting his son Alan to a win in the Republican primary for Attorney General.

In 2008, Wilson stayed neutral throughout the Republican primary fight and only endorsed John McCain after the Arizona senator won South Carolina.

Pawlenty has only visited South Carolina a handful of times but recently hired a political director to manage his effort in the state.