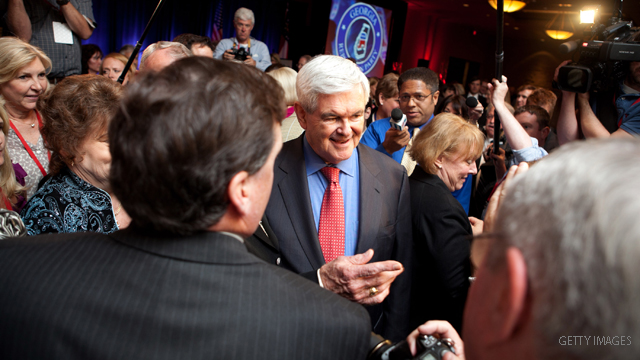 Manchester, New Hampshire (CNN) - We're learning a bit more about where Newt Gingrich will be over the next week.

After many of Gingrich's top campaign officials and advisers jumped ship Thursday, Gingrich responded with a message on his Facebook page saying "I am committed to running the substantive, solutions-oriented campaign I set out to run earlier this spring. The campaign begins anew Sunday in Los Angeles."

The event to which Gingrich refers is a foreign policy speech he's scheduled to give to a Republican group in Beverly Hills, California. Gingrich is also expected to attend a CNN/WMUR/New Hampshire Union Leader debate in Manchester Monday.