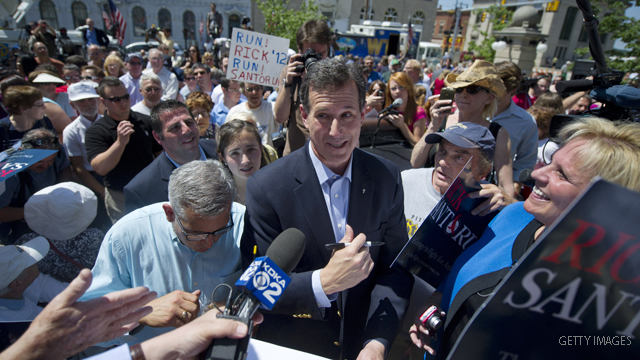 (CNN) – It seems Republican presidential candidate Rick Santorum is taking to the airwaves to try to improve his name recognition. The former two-term senator from Pennsylvania will air his first radio commercial next week in his bid for the 2012 GOP presidential nomination.

The minute-long spot, which focuses on America's economic future, will first air on satellite radio Monday. It will run in early presidential contest states, including New Hampshire, Iowa and South Carolina later in the week.

"When our founders created this country the idea that we were going to borrow money to provide for people today and charge the next generation for the excesses of today would have astounded," Santorum says in the spot. "That is immoral, that is wrong. Someone has to have the courage to go out and tell the American public we can't afford the government we have right now and we need to cut it back across the board."

Despite frequent visits to early voting states and his popularity with social conservatives, Santorum has low name recognition among the overall electorate.