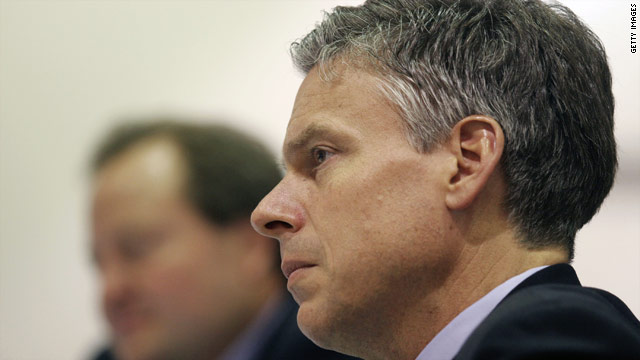 (CNN) - When contenders for the Republican presidential nomination gather in New Hampshire Monday night for CNN's debate, former Utah Gov. Jon Huntsman will not be on stage.

In an interview with CNN Chief Political Correspondent Candy Crowley, Huntsman says his absence in this debate isn't a sign of things to come.

"There will be plenty of debates," he said Friday. "We'll be in more debates than I think anyone will be able to stomach at the end of the exercise."

Huntsman was responding to a question from Crowley on whether his decision not to participate in the debate was a good one, given recent polls that show the majority of Americans are not familiar with the all-but-declared candidate.

In a CNN/Opinion Research poll taken May 24-26, only 1% of Republicans said Huntsman would be their choice for nominee in 2012. The poll had a sampling error of plus or minus 4.5 percentage points.

Huntsman told Crowley on Friday that despite the race being in early stages, his team was prepared for a tough race.

"We've only been at it five weeks, and we've moved about as fast as you can move," Huntsman said. "And then we passed that mile barrier, and then you're in and you do everything that needs to be done from there."

Crowley's full interview with Huntsman will air Sunday morning at 9 a.m. ET on CNN's State of the Union.