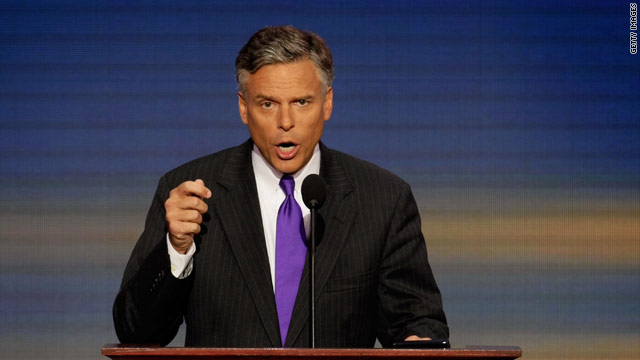 Huntsman, who was appointed ambassador to China by Obama in 2009, made the comments in an interview with CNN Chief Political Correspondent Candy Crowley. The full interview will air Sunday at 9 a.m. ET on CNN’s “State of the Union.”

Huntsman, who said Friday that he would announce his bid for the nomination in “a week and a half,” has been trying to distance himself from Obama in interviews recently.

In May, he told the website Real Clear Politics that he and Obama “don’t have a personal relationship,” despite the role he played in Obama’s administration.

"I was asked to do a sensitive job, but it's not like it was based on a personal relationship,” Huntsman said.