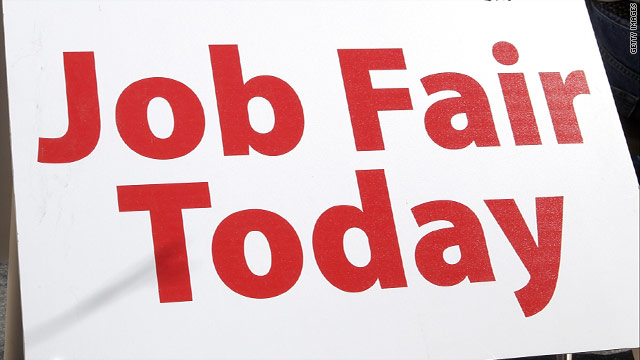 Washington (CNN) - President Barack Obama urged Americans to be patient while waiting for the economy to improve Saturday, one week after a disappointing jobs report showed the country's unemployment rate rising to 9.1%.

"I wish I could tell you there was a quick fix to our economic problems," Obama said in his weekly address. "But the truth is, we didn't get into this mess overnight, and we won't get out of it overnight. It's going to take time."

“There’s been a lot of talk this week about how our economy isn’t creating enough jobs,” Kinzinger said. “I can tell you that here in the president’s home state, every day, we hear about a company that’s looking at leaving or is already on its way out the door. And why? Because taxes are too high, regulations are too burdensome, and the government won’t stop spending money it doesn’t have.”

On the Republican side, Kinzinger proposed a different set of policy changes that he said would help the economy grow.

Obama also announced in his address that he would travel to North Carolina on Monday to meet with his jobs council, a group formed in January that is charged with looking at ways to improve hiring. Obama said the panel would discuss further initiatives for bolstering hiring in the short term at Monday’s meeting.

Obama and Kinzinger’s focus on the economy and jobs comes just one week after a jobs report for May showed job creation slowing and the unemployment rate rising, from 9% in April to 9.1% in May. In May, the economy gained only 54,000 jobs, a sharp drop from the 232,000 jobs that were added in April.

Americans overwhelming identify the economy and jobs as their most important concern. In a CNN Opinion Research Corporation poll conducted June 3-7, the economy is the only issue that more than half of the public says will extremely important to their vote for president next year.