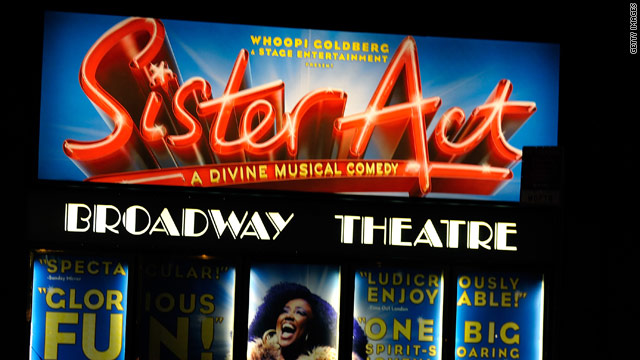 Obama takes his campaign to Broadway

Washington (CNN) – Democratic fundraisers are hoping the lyrics from the final song in the movie “Sister Act: “I will follow him, follow him wherever he may go,” will resonate with donors next week in New York City. They are gearing up for President Obama’s unique fundraising venue on Broadway at a performance of Sister Act: The Musical.

As part of a push to raise re-election funds ahead of the Federal Election Committee’s June 30th quarterly fundraising deadline, Whoopi Goldberg will host a performance of the show in the president’s honor, Democratic sources tell CNN.