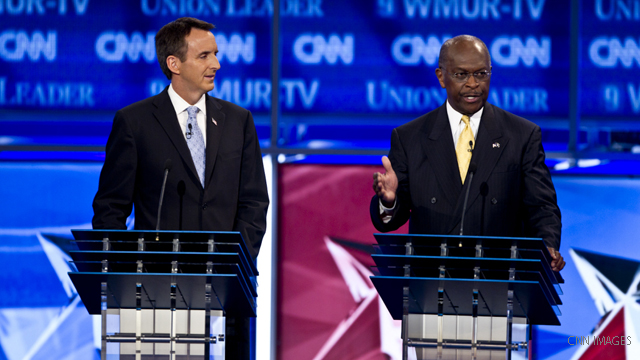 (CNN) – There weren't too many sharp differences among the Republican presidential candidates in Monday night's New Hampshire debate, but a crack did emerge over how Islam and Muslims ought to be treated in the United States.

The CNN debate opened with discussions on economic issues, but later veered toward faith-based matters like the role of religion in candidates' decision making, abortion, gay marriage – and how the United States ought to treat Muslims living within its borders.