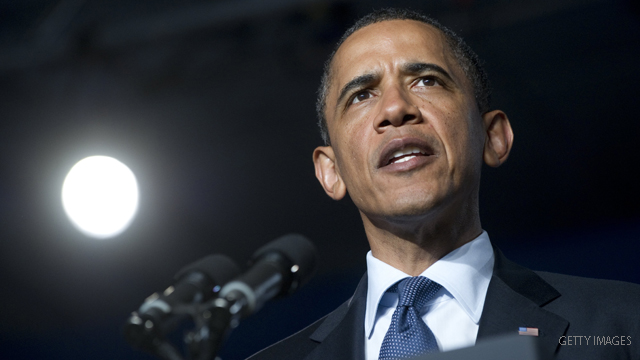 Obama on Weiner: 'I would resign'

(CNN) - President Barack Obama told NBC's Ann Curry in an interview to air on Tuesday's "Today," that if he were in Rep. Anthony Weiner's shoes, he would leave Congress.

"I can tell you that if it was me, I would resign," Obama said in a segment released in NBC's "Nightly News" Monday. The president's comments come just days after Democratic leaders, such as House Minority Leader Nancy Pelosi and Democratic National Committee Chair Debbie Wasserman Schultz, called for Weiner's resignation. The New York congressman has been embroiled in scandal after being caught sending lewd photos of himself to women via Twitter.

"When you get to the point where, because of various personal distractions, you can't serve as effectively as you need to, at the time when people are worrying about jobs, and their mortgages, and paying the bills – then you should probably step back," Obama told Curry.

Monday marked the first time the White House commented publicly on Weiner's recent scandal. While on board Air Force Once during a trip to Raleigh, North Carolina, White House Press Secretary Jay Carney told reporters that Weiner's ordeal, now entering its third week in the media spotlight, was a "distraction."