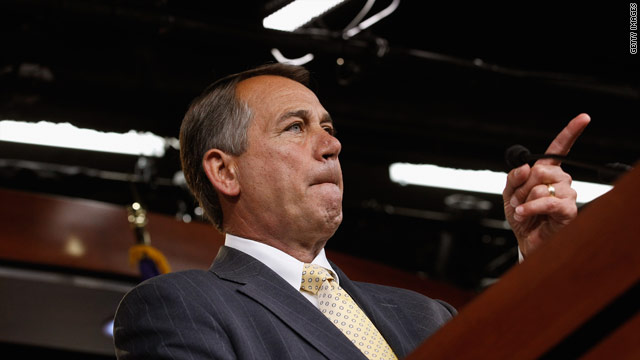 "I think she did a really good job last night," Boehner said when asked about Bachmann's performance in the CNN debate. "I think she is a bright member of our caucus. It's one of the reasons why I appointed her to the intelligence committee."

"I think my colleagues in the House that are in this race have as good a shot as anybody else," Boehner said. "I think we saw a bright field of candidates"

"It is going to be a long process," Boehner added, declining to endorse a candidate.