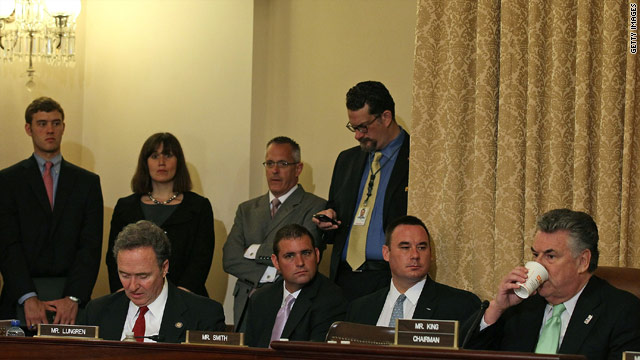 Washington (CNN) - The danger of Islamic radicalization inside U.S. prisons "remains real and present," said Rep. Peter King of New York, chairman of the House Homeland Security Committee. But during a Wednesday hearing on the subject, others said there are only a few cases in which prison radicalization has been linked to terrorism.

"Prisons have not served as a major source of jihad radicalization," according to Bert Useem, a Purdue University sociology professor. Useem said that since the September 11 attacks, 178 Muslim Americans have been prosecuted for terrorism or related charges, but there is evidence in only 12 cases that prison radicalization was a factor.